Get fresh music recommendations delivered to your inbox every Friday.
We've updated our Terms of Use. You can review the changes here.

by A Place To Bury Strangers 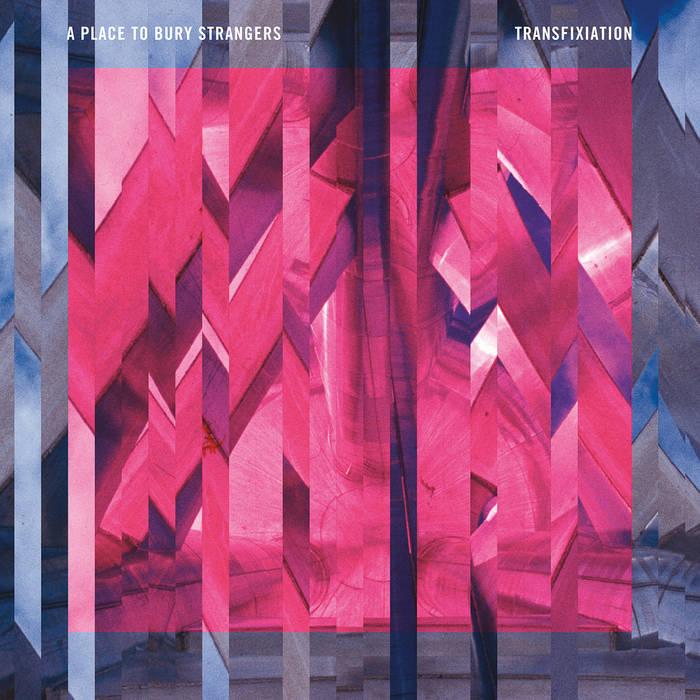 Ashton Richards Every guitar they play looks and sounds as if it were recovered from a ship wreck. Favorite track: We've Come so Far.

"That's the most intense fear and feeling—when you go to a show and you're actually scared," says A Place To Bury Strangers frontman Oliver Ackermann, a co-founder of the soon-to-be-shuttered Death By Audio DIY space that's hosted its fair share of frantic, life-affirming shows.

"Or you can palpably feel the danger in the music," adds bassist Dion Lunadon, "It's a gutter kinda vibe; everything about it is icky and evil and dangerous."

The same could be said the band’s fourth album, 'Transfixiation'. Rather than fixate on the minute details like they may have done in the past, the group, rounded out by drummer Robi Gonzalez, trust their instincts and try to keep things as pure as possible. Music is much more exhilarating when it's unpredictable even on repeat plays, and this is very much an unpredictable record. Gonzalez makes his recording debut with the band here, and it’s obvious that he’s helped pushed the band’s recordings closer to the level of their infamous live shows.

Considering how controlled the chaos feels at every turn, it's hard to imagine that 'Transfixiation' almost didn't happen. Having spent nearly two straight years on the road, the musicians figured they'd parlay that momentum into a new record as soon as they got settled back home. And while the self-produced sessions at Death By Audio led to some fantastic material, Ackermann hit a wall near the end of that initial month.

"The way it was broken off was so intense," he says. "It got to be too much, where we—or at least I—almost had a meltdown or something. I felt like we had to stop, and I wasn't even sure if the album was going to get finished or if we were going to be friends again."

Two months passed by with little communication between the three members. Ackermann pieced together the set: fresh compositions, songs that had already been recorded in Brooklyn, and the fruit of an earlier recording session with Serena Maneesh frontman Emil Nikolaisen in Norway. Thankfully, everything clicked. A Place to Bury Strangers became whole again, with a bond—onstage and off—that's arguably stronger than it's ever been.

"The one thing we have in common is this fire when we're playing," adds Gonzalez. "I don't know; it's real intense."
The well-oiled Lunadon-Gonzalez rhythm section has adapted to Ackermann's unique style of playing -- the pair has embraced the chain-linked effects (Ackermann has produced custom pedals for such major artists as Lou Reed, My Bloody Valentine, The Flaming Lips, and Nine Inch Nails) and minimized the drum fills.

"It's not rocket science," says Lunadon, "but rock 'n' roll shouldn't be. You gotta keep it simple and rock it fucking hard."

A Place To Bury Strangers:

Oliver Ackermann formed A Place To Bury Strangers in Brooklyn, New York in 2003. He has written, produced, mixed, and mastered all five A Place To Bury Strangers albums and numerous EPs. He has relentlessly toured the world for 13 years with various bandmates. A fierce and legendary live band, APTBS is known for wild live performances filled with beyond intense visuals and dangerous stage antics. ... more

A Place To Bury Strangers recommends:

Bandcamp Daily  your guide to the world of Bandcamp